ASK THE TAX PRO – AMENDING YOUR RETURN FROM SEPARATE TO JOINT 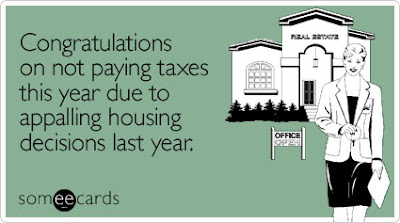 This question was first posed in a comment to my post on "Amending Your Return".
.
Q. My mother just found out that her 2007 e-file was rejected due to her name change in the same year (marriage). She filed "married, separately" but now wants to change it to filing jointly. What should she do, and what numbers should she include on the 1040x since she has no "original" tax return but he does?

A. First of all – I hope she has changed her name with the Social Security Administration. If not – she should do so immediately. Click here.

Now on to the Form 1040X. You cannot change from Married Filing Joint to Married Filing Separately after the initial April filing deadline has passed – but you can change from separate to joint. According to the 1040X instructions (the highlight is mine) –

“If you and your spouse are changing from separate returns to a joint return, follow these steps.

1. Enter in Column A the amounts from your return as originally filed or as previously adjusted (either by you or the IRS) {the information from the separate tax return of your step-father would go here – rdf}.

You would combine the amounts in Columns A and B and enter the totals in Column C. Column C should show income, deductions and credits as they would have appeared if they had originally filed a joint return.

Both your mother and step-father must sign the Form 1040X.

I would recommend they retain a tax professional to prepare the amended return.

FYI - This will be my last ASK THE TAX PRO post until May. Please do not submit any questions to be answered here until after the tax season. Any questions received will be stored away in "inventory" unread until May 2009!