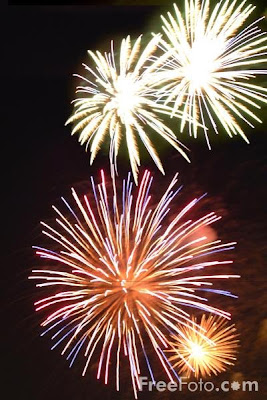 Americans have two reasons to celebrate today. ..
.
First of all we can celebrate the fact that George W Bush is gone!
.
Dubya has been the worst President in at least my lifetime (yes I was around during the Nixon years - I have been here since Eisenhower) and I doubt many are sorry to see him go.
.
While playwright David Mamet says he did not write his political satire NOVEMBER about George W one wonders. In the play the President has been abandoned by his party in his run for reelection. He asks his top advisor why and is told “You fu--ed up the country!”. Sounds like W to me.
.
I am not along in my opinion - it is worldwide! Or so says this article from comcast.net.

The second reason to celebrate is the fact that America has progressed so far in my lifetime that a black man can be elected President.

There is a “Kennedy-esque” (John and not, thankfully, Teddy) feeling in the country as we embark on what can perhaps be called a new era of “Camelot”.

While I did not vote for BO I certainly give him my full support in the difficult task of undoing what George W and his cronies have done to us in the past 8 years and bringing respect and honor back to the office of the President.

Good luck and Godspeed, Barack!
.
Now if only you would forget about refundable credits.
Posted by Robert D Flach