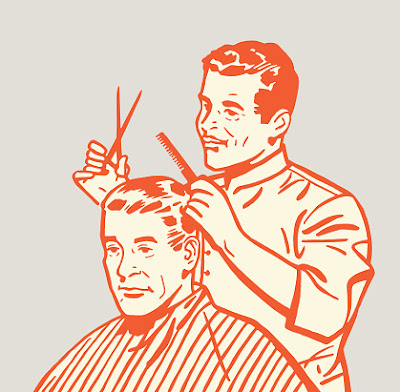 “How come you never told me haircuts were deductible on my tax returns?”

The reason for this email was obviously the news yesterday from the New York Times about moron Trump’s taxes.  In a summary of the main article titled “18 Revelations From a Trove of Trump Tax Records” we are told –

“Mr. Trump classifies much of the spending on his personal lifestyle as the cost of business” and “Haircuts — including more than $70,000 to style his hair during “The Apprentice” — have fallen into the same category.”

My answer to the client’s question -

In general, the IRS views haircuts as a non-deductible personal expense.

For example, professional actors can deduct make-up and hair care only when incurred directly in connection with a specific job.

“Hair care expenses only qualify as a tax deduction when they are specifically for work-related photo shoots or shows.

If you order your products from a professional supplier and only use them for performances or shoot, then you can claim the deduction. However, a haircut wouldn’t be deductible because you’ll take the new 'do’ with you outside of work.”

We all know that any make-up and hair care needed for the filming of “The Apprentice” would have been provided on set, and paid for, by the production company.

Hey, who could have guessed that it cost so much money to maintain such a pathetic comb-over?

It is clear that the Times story is true.  Trump has called it “fake news” and we all know from the past that whatever Trump calls “fake news” is absolutely true.

To be fair, I have not personally reviewed the Idiot-in-Chief’s actual tax returns.  I am in the process of reviewing the Times reporting and will no doubt have more to say about Tiny Mushroom’s taxes in future posts