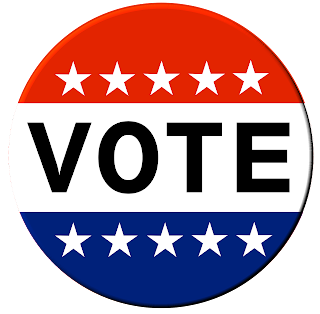 The 2020 Presidential election truly is the most important election in our lifetime.

It is vitally important that you vote.  And you must vote as if your life depends on it – because it does.

In no other election in our history, or at least in my lifetime, has the choice for President been clearer and more obvious.

There is absolutely, positively, without any doubt no intelligent, legitimate, rational, or acceptable reason for any American with a conscience who cares anything about America and the American people and the future of American values and democracy, regardless of political beliefs and philosophy, to vote for Trump.  Supporting and voting for Trump’s re-election is truly indefensible.

The reasons Trump must not be re-elected are endless – and most have absolutely nothing to do with political policy or philosophy.  The main reason no American should vote for Trump has to do with Trump’s character, or lack of it.  Trump the man has proven himself to be totally worthless and completely devoid of humanity, integrity and honor.  He does not possess a single redeeming positive human quality.

Trump is ignorant, incompetent, racist, and totally self-absorbed.  This is confirmed every single day by his every word, tweet and deed.

This election is not about Democrat vs Republican or liberal vs conservative – it is truly about right vs wrong and good vs evil.

I very seriously and sincerely believe that if Trump is re-elected it will be the beginning of the end of American democracy as we know it, and it will result in the total destruction of American values that began the day Trump took office in 2017.

In the history of our country no one individual has done as much damage to America, American democracy and the American people as Trump.

What has Trump accomplished in his 4 years in office?  He has encouraged, emboldened and “legitimized” racism, bigotry and white supremacy.  He has insulted and alienated our allies and severely damaged and diminished America’s standing and credibility on the world stage.  And he has caused the unnecessary death of tens of thousands of Americans by his selfishness and incompetent handling of the pandemic.

Every bad thing that has happened in America in the past 4 years is the direct or indirect result, or was exacerbated by, the words and deeds of Trump.  But the theme of Trump and of the Trump Administration is “I don't take responsibility at all”.

Trump has never been and will never be “the lessor of two evils”.  In any comparison with anyone Trump is ALWAYS the most evil choice.

It is vitally important to not only vote Trump out of office but to also vote out of office every current member of the Trump Party (the Party formerly known as the Republican Party) in Congress running for re-election and to vote against every Republican candidate for any office at any level who does not vocally oppose, denounce and disavow Trump.  We must not only rid America of Trump but of those who supported and enabled Trump.

I not a religious person – but I pray to God that when I wake up on November 4th it is to the good news that Biden has won and our national nightmare has finally come to an end.