A BELATED HAPPY BIRTHDAY TO THE FEDERAL INCOME TAX! 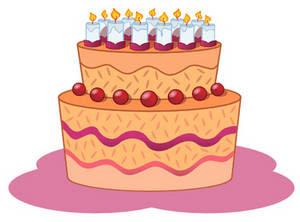 In February of 1913 the 16th Amendment was ratified by the required 3/4 of the states. The amendment gave Congress the power to “lay and collect tax on incomes, from whatever sources derived, without apportionment among the several states, and without regard to any census or enumeration.” On October 3, 1913, Congress passed the Revenue Act of 1913, which created the first permanent federal income tax.

Here are some facts about the very first Form 1040:

• The tax applied to salaries and wages, interest, dividends, rents, royalties, pensions and annuities, income from estates, trusts, sole proprietorships and partnerships, and gains from the sale of most types of property.

• The salaries and wages of state and local government employees were exempt from income tax.

• Interest from federal, as well as state and local, government bonds were exempt from income tax.

• The return was due “on or before the first day of March”.

• There was only one page of instructions.

• In the first year of the income tax only 1 out of every 271 American citizens were taxed and $28 Million in revenue was raised.

Over the past 97 years the federal income tax evolved into the mess that it is today. The Tax Code, which was 400 pages long in 1913, has swollen to over 71,000. The instruction booklet for the 1040 now has 44 pages (it was only 14 pages in 1987). According to former Treasury Secretary Paul O’Neill, “Our tax code is so complicated; we’ve made it nearly impossible for even the Internal Revenue Service to understand.” Here are some of the landmarks of this evolution.

• A personal exemption allowance for dependents and a deduction for charitable contributions were added in 1917.

• Capital gains were singled out for preferential treatment in 1922, although profits on the sale of certain types of property received special tax treatment as early as 1918.

• A deduction for medical expenses was introduced in 1942.

• The Standard Deduction was added in 1944 as an alternative to requiring taxpayers to itemize qualified expenses.

• An Income Averaging method of tax computation was initiated in 1964, to be taken away by the Tax Reform Act of 1986.

• A “minimum” tax on specified “tax preference” items first appeared in 1970, and was replaced by the dreaded Alternative Minimum Tax (AMT) in 1979.

• An Individual Retirement Account for taxpayers not covered by an employer pension plan was introduced in 1974.

• The refundable Earned Income Credit for low wage earners with dependent children was created in 1975.

• Unemployment compensation was made partially taxable in 1979, and was eventually made fully taxable. I remember saying at the time, “The next thing you know they will be taxing Social Security”.

By the way, if you who think taxes are too high today, from the end of World War II through the early 1960s the top tax rate was more than 90%!

I don't know where they get the Code being 71,000 pages. My CCH volumes are maybe 5,000 (pagination is weird and I'm not going to count them) and it includes a lot of history.

Riles, I think that 71K number includes the number of pages of CCH publicaton explanations of the tax code.