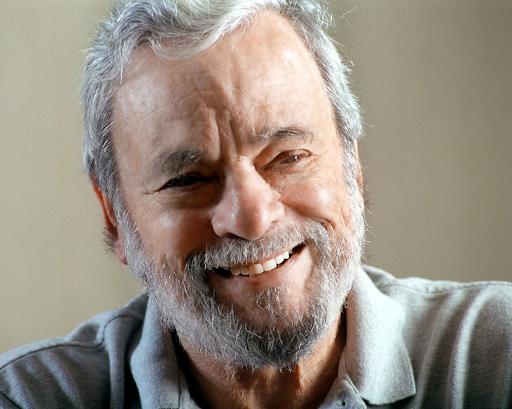 I was truly shocked and saddened when I rose this morning and received an email from a long-time friend, and fellow theatre lover, telling me Stephen Sondheim has passed away at age 91.  Truly a great loss.

I was in the audience of the original Broadway productions of Sondheim’s A FUNNY THING, COMPANY, FOLLIES, A LITTLE NIGHT MUSIC, PACIFIC OVERTURES, MERRILY WE ROLL ALONG, SIDE BY SIDE BY SONDHEIM, PASSION, and his mystery play GETTING AWAY WITH MURDER, written with tv character actor George Furth who had also written the book for COMPANY.

I heard Sondheim speak in an intimate setting at a class on the Broadway Musical I took at the New York University School of Continuing Education in 1972.  Each week a different Broadway person - composer, producer, director, actor, choreographer – spoke, and Sondheim was the composer.

He had said at the class that he enjoyed seeing local productions of his shows.  When I produced COMPANY in Hudson County NJ in 1973, I sent Stephen and Hal Prince each two tickets to the opening night performance.  Sondheim wrote back saying he was sorry but he could not attend because he would be in London working on GYPSY with Angela Lansbury and thanking me for doing the show.  The framed personally signed letter is hanging in my living room.  A small example of the kind of person he was.

BTW, I never heard from Prince, and his tickets were not used.

As my friend said in his email, he and I were so very fortunate to have seen and heard Stephen Sondheim’s greatness as a contemporary.  There are no heirs to his magic.

I met the friend who emailed me during freshman year of high school.

We were in the same classes and sat next to each other in study hall.

He was the only other student of the perhaps 2000 in the school, besides me, who knew who Sherman Edwards was.