Advance payments of up to 50% of the 2021 Child Tax Credit will begin to be made regularly from July through December to eligible taxpayers who have a main home in the United States for more than half the year.  You can elect not to receive these advance payments.

The IRS website has established the following tools to assist families in dealing with the changes to the credit.

Child Tax Credit Eligibility Assistant: allows families to answer a series of questions to quickly determine whether they qualify for the advance credit

Child Tax Credit Update Portal: allows families to verify their eligibility for the payments and, if they choose to, unenroll or opt out from receiving the monthly payments

It is my understanding that the IRS will provide those who receive advance payments with a statement in January.  Be sure to save this statement and give it to your tax preparer.

A day late, but hopefully not a dollar short.

* “I Haven’t Received My IRS Refund. Can You HelpMe?”  I have received several emails with this message.  So has Russ Fox of TAXABLE TALK and many other fellow tax pros.

Russ joins me in pointing out (the highlights are mine) –

“Neither I nor any other tax professional can speed up your IRS refund.”

“Your tax professional cannot fix this.  There is no one to call to have this resolved.  Indeed, the IRS asks that you do not call them as there really is nothing that can be done.  Please don’t call your tax professional either; he or she cannot make your refund come to you any faster this year.  You must just be patient.”

* BTW - have you seen my annual review of THAT WAS THE TAX SEASON THAT WAS yet?

* A blast from the not-so-distant past that is still valid from Paul Murray at THE GOOD MONEY LIFE (new to me) - “4 Reasons We Picked 529 College Savings Plans for Our Children”.

Take the NO GOP PLEDGE.  The future of American democracy depends on it. 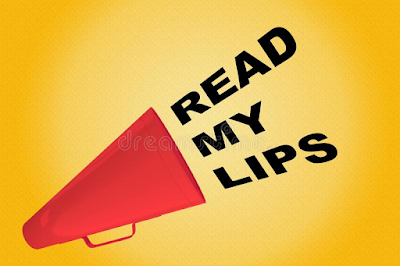 DOCUMENTING YOUR INCOME AND DEDUCTIONS 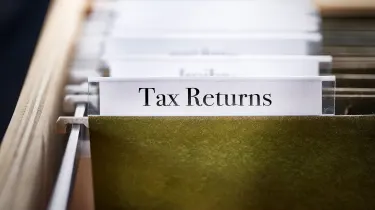 I expect by now you have prepared and submitted your 2020 federal and state tax returns and are waiting, patiently, for your refunds.
Did you find it difficult to compile all the necessary 2020 information and documentation to give to your tax preparer?  The more organized you are at tax time the more likely you will be able to take full advantage of all deductions, credits and tax-saving strategies available. And the more organized you are the lower your tax preparation fee.
I have created the 2021 GUIDE TO TAX RETURN RECORDKEEPING to help you in gathering and organizing your 2021 tax “stuff” and help you to pay the absolute least federal income tax possible for 2021.
My guide contains detailed text covering what is taxable and deductible and what information and documentation you will need to properly prepare your 2021 tax return, and forms, schedules and worksheets for compiling and identifying the documentation you will need to provide to your professional tax preparer in 2022.  It discusses in detail –
·         MY BEST TAX ADVICE
·         WHAT TO GIVE YOUR PREPARER
·         FILING STATUS
·         INFORMATION RETURNS
·         2021 CONTRIBUTION LIMITS FOR RETIREMENT PLANS
·         ADJUSTMENTS TO INCOME
·         DEDUCTIBLE RENTAL EXPENSES
·         ESTIMATED TAXES
·         YEAR-END TAX PLANNING
The cost of the Guide is only $10.95 sent as an email attachment – the text in pdf format and the forms, schedules and worksheets in Word format.  A print version sent via postal mail is also available for $15.45.
Send your check or money order for $10.95 or $15.45, payable to Taxes and Accounting, Inc, to -
TAXES AND ACCOUNTING, INC
2021 GUIDE TO TAX RETURN RECORDKEEPING
POST OFFICE BOX A
HAWLEY PA 18428
TTFN
Posted by Robert D Flach No comments:

Jim Gill’s Sip Avenue and Newark Avenue offices were both storefronts, so, while he had a large regular clientele, there was, especially at Sip Avenue, which was just a few blocks off Journal Square, a lot of “walk-ins” over the years.  Jim would lovingly (and I do mean lovingly) refer to his clients as “the great unwashed masses”, shortened to “the great unwashed” and occasionally the “GU” (pronounced GOO), and I also adopted the term.  Obviously, some clients were more “unwashed” than others.

Back in the 80s when workplace sitcoms were popular Jim suggested we could do a sitcom based on our office and clientele.  However, he pointed out, it would be criticized for being “too unbelievable”.

Advertising was never a line item in Jim’s, or my, business budget.  While I would on occasion purchase a business card ad in a charity fund-raising journal when asked by a client, neither of us advertised for business.  With the exception of the walk-ins and personal friends, Jim and my clients all came to us by referral.

But, due to our proximity to New York City, we did actually prepare the returns of some "semi-famous" taxpayers. One year in the late 1970s we prepared the 1040 for the then captain of the New York Giants football team, who was partner in a local restaurant with one of our long-time clients. This was well before the days when professional athletes all had multi-million-dollar contracts. FYI, this person was one of the rare clients, I can count them on the fingers of one hand, who "stiffed" Jim over the years.

When the drummer for the original off-Broadway production of ONE MO' TIME became sick and a local union musician, our client, took his place we welcomed as new clients most of the members of the cast, who came up to New York from New Orleans where the show had originated. It was the first year we added the Louisiana state income tax return to our repertoire. I remember having complimentary tickets for the show upstairs at the Village Gate and going backstage after the performance to deliver finished returns. We also did the tax returns for members of the road company, which one year included a future Broadway actress who I later saw on Broadway in THE GOODBYE GIRL and also appeared in FOLLIES and more recently CHICAGO.

While Jim’s and my clients were for the most part lower, middle and upper middle-class taxpayers, there was the occasional high-income client.  When Jim’s only $! Million W-2 client (who continued with me until his recent passing) moved to Miami he flew Jim and I to Captiva Island in Florida, where he had several condos, one May, and me to Miami another year, to prepare his return.

Many of Jim’s clients were compulsively consistent, coming in to have their returns done on the same day each year. Back when Abe Lincoln had his own separate legal holiday February 12th was a busy day for us, especially with teachers. We also had our share of clients who would wait until the very last day of each tax season, generally April 15th, to come in. When we saw a certain local police officer come in to the office, the last person on the last day, we knew that the tax season was over! And we had a tv repairman who was always a year and a day late - he would come in on April 16th of 1975, for example, to have his 1973, not 1974, tax return prepared!

Our clients, Jim’s and mine as well, were, and are, extremely loyal. If they moved out of state, they would continue to mail their tax returns to Jim or to me. Back in the 1970s Jim had one client who had retired to the Netherlands and still had us prepare her US Form 1040 each year.

This 50th tax season many of the clients whose returns I prepared, who were originally from my own practice, had been with me for 20, 30 or 40 years.  And those that I “inherited” from Jim had been clients of “the firm” (first Jim and then me) for over 50 years.  Jim’s Sip Avenue office was around the corner from an Allstate Insurance office, and Jim prepared the returns of all the agents.  My first 1040 was for an agent from that office – and 50 seasons later I still do the returns for one of those Allstate agents (not the same as my first 1040) who retired years ago. 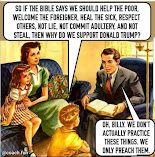